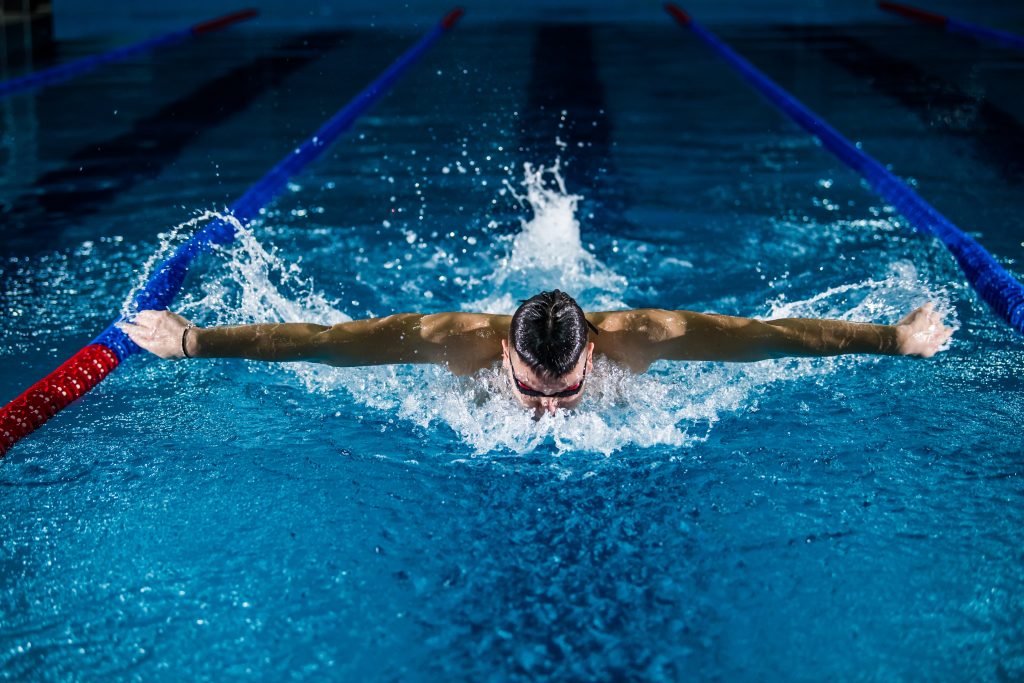 Swimming’s evolution: from the Stone Age to a Showpiece Olympic competition

Swimming is one of the most popular and well-known Olympic sports, with a long and colorful history. Swimming is a beautiful and effortless act that frequently makes your jaw drop – but have you ever wondered what swimming was like before it was considered a sport? How did it become the cutthroat competition that it is today? Continue reading to find out!

Origins in the Stone Age

Although humans have most likely been swimming since the Stone Age, it did not become a popular sport or pastime until the early nineteenth century.

According to britannica.com, the first known record of people swimming dates back to Egyptian drawings from 2500 BCE, with stone-age paintings of swimmers in caves dating even further. Ancient Greeks and Romans later used this practice to train soldiers for war, and it eventually became “part of men’s primary education.”

Swimming is thought to have been taught to ancient Pacific Islanders at the same time or even before walking.

From Recreation to Competition

Swimming began as a recreational activity long before the first Olympic Games in 1896, but it evolved into a competitive sport over time.

Swimmers experimented by trial and error and observed others in the sport’s early days. And the only stroke swam was breaststroke.

The first swimming championship was held in Australia in 1846. Many of these were the first opportunities for various national teams to compete. Different countries had their events in the years that followed, with India getting their chance in the 1920s. 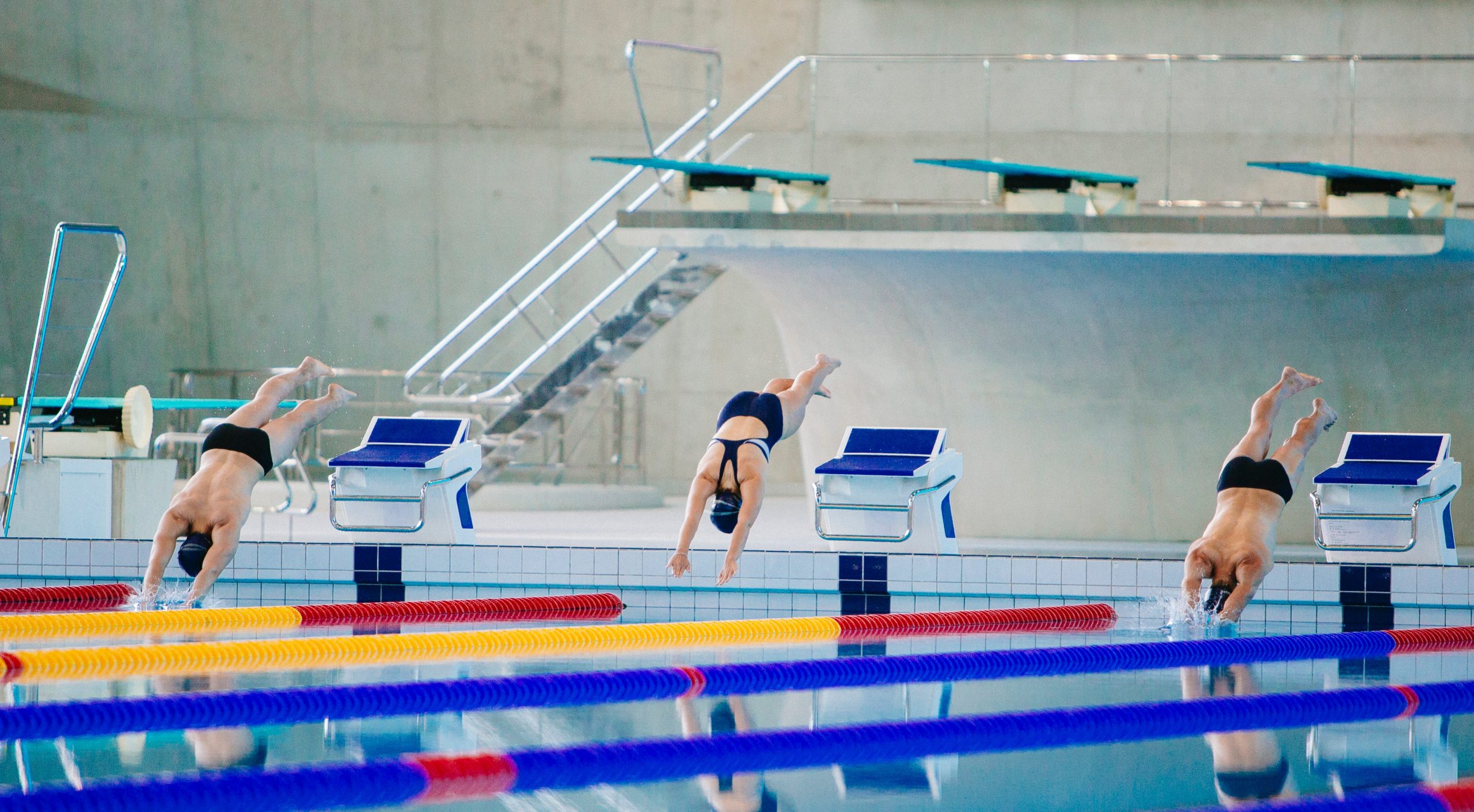 The sport first appeared at the Olympic Games in 1896. It is one of only four sports that have been kept and has appeared in every summer Olympics.

There were only four swimming events in the first Olympics, three freestyle. Three unusual swimming events occurred at the Paris’ second Olympic Games in 1900. The obstacle course was one of them. The other was an underwater swimming endurance test. The third event was a 4,000m swim, the longest ever. At the Olympics, none of the three were used again.

Techniques and equipment are being developed.

The sport’s popularity grew, professional organizations (FINA in London) were formed, and spectators flocked to see the world’s fastest swimmers. And, of course, things quickly became competitive. During the 1930s, the Japanese photographer studied world-class swimmers and then used their findings to form a swimming team that dominated the 1932 Olympics. This started research into stroke mechanics, indicating competitive swimming’s future success.

With the overall economic growth of the war bringing significant technological advancements and innovations that have influenced the world of swimming in the form of lane lines and indoor competition pools, the post-WWII era was a busy time for innovation.

Athletes could swim much faster than before thanks to advanced training techniques and equipment, such as hydrodynamic swimwear and a better pool drainage system. Marked lane and pool depth guidelines had leveled the playing field and allowed for fairer competition by the end of 1930.

The sidestroke and breaststroke were the most popular swimming strokes during this period. Later, the number of events in terms of strokes and how to use them in competition, distances, and programs have changed dramatically over the years.

The world of swimming advanced in the 1950s and 1960s with the introduction of new gliding strokes, and recent events debuted in the years that followed, focusing on speed and endurance records.

The butterfly stroke debuted at the 1956 Melbourne Olympics, alongside the flip turn movement used to change direction when a swimmer reaches the end of the lane.

In the same year, 1956, India received its first swimmer to represent the country. Shamsher Khan was the first Indian to accomplish the feat in 1954 when he set a national record in the 200-meter butterfly event.

Arti Saha, the first Asian woman to swim across the English Channel, was another trailblazer in the Indian swimming scene. In addition, Arti was the first Indian female athlete to receive the Padma Shri Award in 1960.

Many swimmers and coaches began experimenting with new techniques as the sport of swimming grew in popularity. In the 1960s, swimwear became more hydrodynamic, and goggles and caps were invented in the early 1970s. Even though it took some time for swimmers to adjust, the accustom has risen like magma through time.

Most swimmers now wear caps to increase their speed and goggles to keep water out of their eyes and help them see where the swimmer is going. Swimmers were officially allowed to wear goggles at the 1976 Olympics; the rest is history as the sport continues to build and add pieces to its storied history.

The modern era and its current bleak state

The diverse yet intense sport and oxandrolona comprar has seen incredible growth over the past decades but has recently accelerated exponentially, boasting millions of enthusiastic fans and followers worldwide. Swimming is a minor sport in India, but it is a sport that is gaining popularity among Indians in a way that has never been seen before.

Despite many rules and changes, swimming remains one of the most established and beloved Olympic sports in history. Swimming is the third most-watched sport in the Olympic Games today, with eight-day highlights including a preliminary, semi-final, and final heats with genuine international massive appeal. It is also one of the sports with the most medals in any multi-sport event.

Despite its global appeal and is more popular than football and basketball at the Olympics, professional swimming may not be as glamorous and lucrative as it should be. With a few exceptions, the struggle of experienced swimmers to earn a living wage while competing and not being able to afford the luxury of being full-time athletes is a sad state of affairs worldwide. Only time will tell whether consumers can stomach swimming for more than one week every four years. Whatever the case, how we consume swimming in the coming decades could significantly change.